Amazon Seeks to Change how Trucker’s Get Paid 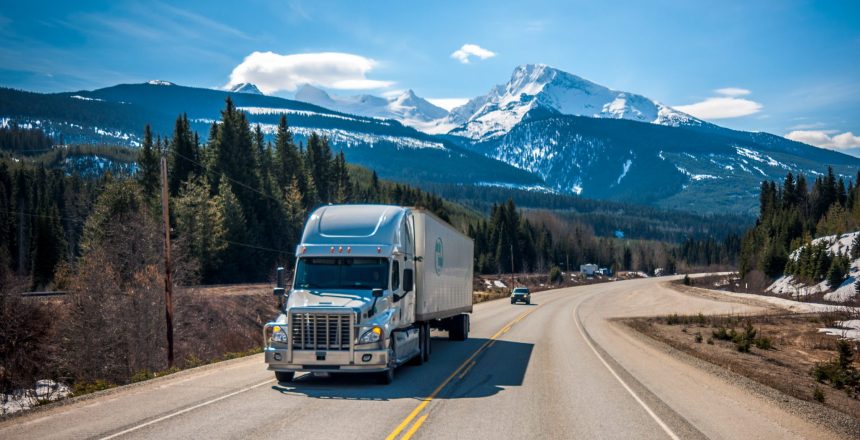 Chad Boblett, a Lexington, Kentucky-based long-haul truck driver, sometimes drives Amazon loads — even though they pay less than his other jobs.

But he’s charmed by Amazon paying truck drivers per day, rather than by the mile, which is how virtually every other company pays its truck drivers. An internal document seen by Business Insider confirmed this practice and outlines how Amazon pays truck drivers.

“I love the creativity of it,” Boblett told Business Insider. “If I was going to give advice to the big carriers, I’d go to them about this.”

Many truck drivers refuse to work for Amazon. The e-commerce giant pays truck drivers below industry norms — about 18% lower, according to a June FreightWaves study.

But the daily pay rate could boost access to a guaranteed minimum wage for truck drivers — something the 1.8 million laborers have lacked since the 1930s.

Read more: Truckers say Amazon’s new logistics empire is being underpinned by low, ‘ridiculous’ rates — and some are refusing to work with them

How the daily pay works

According to an internal company document viewed by Business Insider, Amazon has three pay categories for truck drivers: solo1, solo2, and team.

“This approach has been used for the past two years with the hundreds of line-haul service partners in Amazon’s carrier network who have driven millions of loads this year globally,” the representative told Business Insider.

“By offering a day rate, carriers are able to see exactly how much they’ll make and know they’ll be fully utilized and compensated,” the spokesperson added. “We’re proud of the positive partnership with our widespread carrier base who do a great job transporting packages for our customers.”

Solo1 pays truck drivers anywhere from $600 to $800 for a day of work. The highest pay is found in the starting locations of Bradley International Airport in Hartford County, Connecticut, and Philadelphia. The lowest pay rates are in cities including Miami, Jacksonville, Florida, and Mobile, Alabama.

Under federal law, truck drivers are capped at 14 hours of work a day. These truck drivers drive for 14 hours, making a predetermined number of deliveries, and then take their federally mandated 10-hour rest break back in their base cities.

Solo2 requires truck drivers to spend their 10-hour rest break outside their base cities, most likely in a “sleeper cab,” or a truck equipped with a bed and small kitchen. These jobs range in pay from $1,360 to $1,750 for two days of work.

The best-paying regions for solo2 are Phoenix and Reno, Nevada. The lowest-paying one is Charlotte, North Carolina.

The final category is team, in which two truck drivers trade off shifts in order to keep the truck moving for days at a time. Team rates range from $7,545 to $10,000 for several days of work by two truck drivers; this pay is split between the two drivers.

The lowest-paid team rates are in southeastern cities like Chattanooga, Tennessee, and Atlanta, while Denver team truck drivers earn the most.

Not every truck driver is pleased with Amazon

Still, not every truck driver who works or worked for Amazon is pleased.

One New Jersey-based truck-fleet owner, who asked to remain anonymous to protect his identity, said the shift to per-day over per-mile pay slashed his take-home pay. “They’re very sneaky,” the owner said. “They’re always looking to save money.”

According to a June report from FreightWaves, Amazon’s rates on the spot market — which is when retailers and manufacturers buy trucking capacity as they need it, rather than through a contract — are 18.4% lower on average than rates posted on DAT, one of the largest broker boards in the country.

And many trucking companies outright refuse to work for Amazon. Daniel Lacroix, who is a director at a regional trucking company, told Business Insider he wasn’t interested in working with Amazon after seeing the rates offered.

“We didn’t make it past the initial bid process because the rates were just ridiculous,” Lacroix said. “I love Amazon. I get all of my stuff off of Amazon, but I don’t want to do business with them.”

Amazon’s shipments tend to run more “empty miles,” Sterling said. That’s because truck drivers often might run a load from one Amazon air facility to a distribution center, but then have nothing to run on the way back.

More than 20% of the miles truckers drive every year are “empty,” according to a 2016 report by the American Transportation Research Institute. And because truckers are paid per mile rather than per hour, empty miles mean no pay for the trucker.

That understanding throughout the industry, along with carriers’ understanding that Amazon is not the most well-paying shipper, likely forced Amazon to reconsider its pay structure.

“My guess is Amazon may have had a hard time getting truck drivers, so they thought, ‘Let’s make it more attractive for trucking companies and to help us,'” Sterling told Business Insider. “It’s a win-win for everyone.”

The daily pay could also get more early-career truck drivers at Amazon who might not understand how to best optimize their miles and driving to reduce empty miles. “The way Amazon has done it totally makes sense to me,” Boblett said. “They can definitely bring in the cheaper guys on this.”

Read more: ‘This is just another piece of the puzzle’: Amazon is now rolling out branded tractors in its latest move to become a full-fledged trucking company

Low pay aligns with other sectors of Amazon’s rapidly growing shipping machine. Industry experts say this network is growing so quickly that it’s poised to take on FedEx and UPS.

Pilots who fly for Amazon Air are paid up to 33% less for flying the same planes with similar levels of work experience as their colleagues at FedEx and UPS.

‘Phew, that is different’

Sterling, the Seaport managing director, said he was not aware of a single shipper that eschews per-mile pay. “That is — phew, that is different,” he said after learning about Amazon’s trucking pay practice.

The industry standard of per-mile pay dates back to the 1930s, according to an explainer by Fleet Owner. Truck drivers liked it because they could drive as much as they wanted and make boatloads of money. And trucking companies and their customers liked it because it meant they could avoid paying truck drivers for time waiting at warehouses or refueling their trucks.

However, truck drivers have recently been challenging per-mile pay in federal court. They say per-mile pay locks them out of minimum-wage laws and the guarantee that every hour they spend on the job will be compensated.

One key gripe for truckers is detention time; truck drivers spend 2 1/2 hours on average waiting to be loaded or unloaded, or in “detention,” and they’re typically not paid for that time. Truckers lose $1.1 billion to $1.3 billion in pay every year because of detention, according to a 2018 study by the US Department of Transportation.

So while Amazon’s per-day pay might be under the expectations of truck drivers like Boblett, the transition from mileage pay to daily pay — which could be forced by a massive shipper like Amazon — might be an overall win for truck drivers.

“We say in economics that they will consume an infinite amount of a free good,” Wayne State University associate professor Michael Belzer, an expert on the trucking industry, previously told Business Insider.

“If someone can consume the truck drivers’ time for free, they will consume an infinite amount of time for it. They will only stop consuming all that free time if someone forces them to.”

Do you work at Amazon or in the transportation industry? Email rpremack@businessinsider.com or rpremack@protonmail.net.

DON’T MISS: Amazon is set to spend $3 billion on its in-house delivery network this year. It’s about to face the ultimate test as it doubles down on competing with UPS and FedEx.

Join the conversation about this story »

FreightForge is an advocate for small Carriers and Brokers.

Our objective is to provide information that is relevant to your business. Our services are designed with an objective to help streamline the movement of goods, so that all parties benefit from working together.

FreightForge is a resource for small carriers and brokers.  We provide freight matching and automated carrier onboarding services.

Posting loads on FreightForge is free.